The Field Guide to Twitter Advertising: How to Create & Launch Campaigns 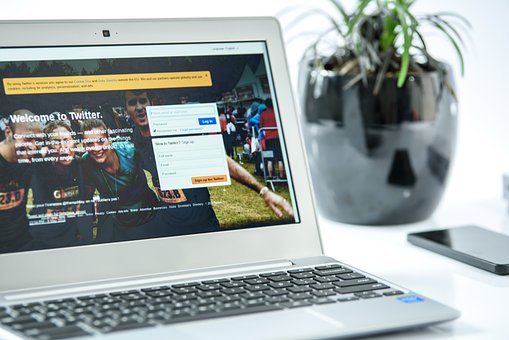 Although Facebook has been around for over 9 years, most of its advertising products are still in their infancy. The company has only been introducing new and innovative solutions for the past two years. Twitter is moving away from products that simply create brand awareness, and is instead focusing on products that provide a tangible return on investment. In June, Twitter announced it was experimenting with product pages, place pages, and collections of products to make it easier to buy using the social network.

If you’re new to advertising on Twitter, where should you start? There is no one answer to this question as it depends on the campaign and what the client is trying to achieve. Some factors to consider include the target audience, the type of product or service being promoted, and the budget.

Once you log into your account, you’ll be taken to the main campaign dashboard. Here, you’ll be able to see all the data for the campaigns you’re running. If you would like to add a payment method to your account, you will be prompted to do so. You need to do this before you launch your first campaign.

The following screen appears when “help me choose” is selected. There are different types of objectives-based campaigns that Twitter advertisers can use to align their advertising goals with the most relevant type of ad.

Here’s how to set up each type of Twitter ad campaign:

If you are just starting on Twitter, building a following can help create initial brand awareness. This type of adoption can help you reach more potential customers and followers who are interested in your content.

When followers campaign on Twitter, their tweets appear in the home timeline as well as in the “Who to Follow” boxes on the Home, Notification, Profile, and search results pages.

To set up your campaign, select the “create a new campaign” option from the drop down menu.

A new screen will open where you can create your campaign.

You can name your campaign here, and decide whether you want it to start immediately and run forever (although you’ll set a total campaign budget later, so ‘run continuously’ will only run until the total budget is reached) or if you would prefer to schedule a start and end date for the campaign.

Next, work on the creativity for your campaign. You can write your own tweets or you can choose to promote existing tweets to potential followers. The ad will contain a “follow” button so users can take action, such as following you, without having to click on your profile page.

You can check for errors and image issues by previewing your ad on different devices, including desktop Twitter (or Twitter.com), iPhone, and Android.

This type of marketing campaign is designed to generate website traffic and boost conversion rates. The event will be promoted through a tweet that will include a headline, link, image, and a call-to-action.

To track conversions, go to “Tools” in the top navigation bar.

How to Create a Conversion Tracking Tag

Once you are on the campaign page, you will want to select the “create a campaign” drop-down. Choose the website clicks or conversions campaign.

You can choose a key conversion tag. If you have more than one tracking code on a page and you want to highlight a certain conversion tag, you can use this feature.

If you choose to run a website clicks or conversions campaign, you will pay either on a cost-per-action basis or when someone clicks the link. You won’t have to pay for retweets, replies, or other engagement. This means that you will pay even if someone does not convert on the page.

When you create a budget for website clicks or conversions, you’ll have access to options that are specific to this type of advertising.

Twitter is trying to stay relevant by releasing new features that are already popular on other social media platforms. Make sure to incorporate the following into your Twitter marketing strategy to stay ahead of the competition.

Twitter is testing a new business profile that includes features like pinned tweets and the ability to run ads. Twitter has finally decided to offer business profiles, even though other platforms have been doing this for years. The new profiles will include features like advanced Twitter analytics and advertising capabilities.

Twitter is introducing new features for business accounts, including an automatic ‘verified’ check mark, a business category, and an expanded ‘About’ section in your bio. This section can include a location map, a contact button, and more.

In 2020, Twitter introduced “Spaces”, which is their version of Instagram Live. When you begin using Spaces on Twitter, your profile photo will be shown on the top of the homepage with a purple background in front of the Fleet line. The color purple will stay on your screen for the entirety of your Live session. Other people can then join your Space and respond with emojis or comments.

Just the other week the hashtag #RIPTwitterCrop was trending. Why? Twitter has removed the limitations on image size, so that now images can be posted in their full size, regardless of orientation. The image cropping feature on Twitter is changing so that images will no longer be cropped on mobile devices.

As Twitter phases out Fleets (a feature similar to Stories on Facebook and Instagram), it is unclear what the next move will be. As of this writing, Flocks is in early testing mode. This new feature allows you to share your story only with a group of your “close friends” rather than your entire follower base, just like you can already do on Instagram. Twitter users would be able to share a Tweet or Retweet to a small number of their followers who have been preselected by the user.

Twitter has released a “branded likes” option for brands that can pay. This feature is connected to Twitter ads and, while it may be costly, it could significantly increase a brand’s engagement. The catch? A branded like is only available for 24 hours, so be sure you implement it during a campaign when your fans are online the most.

Twitter is working on an edit button. Most people thought the rumor was a cruel joke for April 1st, but it soon became clear that it might be true. As of right now, there hasn’t been any progress on this update, but it’s something to keep an eye on.

Twitter users tend to be in the older range. Most of the people who use Twitter are between the ages of 35 and 65.

Now that you know who your Twitter audience is, let’s figure out some of the main reasons why people use Twitter in the first place.

To say something is trending is to say that a lot of people are talking about it right now. The most popular articles on the website reflect what most people find interesting or important. Brands can make use of social media trends by using a trending hashtag or commenting on a popular topic.

Your brand does not have to be funny to participate in Twitter fun. Send a competitor a Tweet that is clever and funny. This will give people the type of content they are looking for.

There’s no doubt about it. Customer service on Twitter has become equivalent to speaking to a manager in order to resolve an issue. Although social media can be a fun platform for brands, it also has its fair share of challenges.

It can be difficult to tell which comments are serious and deserve a response or further action, and which ones are just people who are angry and speaking in the moment. It has become an art form for social media teams to know how to identify and de-escalate crises on social media.

There are millions of communities on Twitter. If you want to find people with common interests, jobs, or values, look for the same hashtags and influencers that they do.

It’s a great way to connect with others and learn from them, as well as discover new blogs, articles, and professional development resources. Twitter chats are popular among communities as a way to encourage conversation. Sub-communities can often be found this way. This will be further explained later on.

What Are Your Goals?

The purpose of this article is to explore the different reasons why businesses should use Twitter as a marketing tool. It is crucial to answer this question in order to form your strategy for connecting with old and new customers. A few things to consider:

THE PROBLEM: YOUR BUSINESS ISN’T GROWING AS FAST AS IT SHOULD!

Your sales have stagnated or decreased, and you can’t figure out why. Discover what’s holding you back from achieving predictable sales growth in your business.

If you want to grow your business, you need a proven plan and framework. That’s what you get with the 2X Your Sales Discovery Session.

Want to learn about a formula for Predictable Growth that will put your business on a 90-day path to 2X Your Sales?