Creativity in Advertising: When It Works and When It Doesn’t 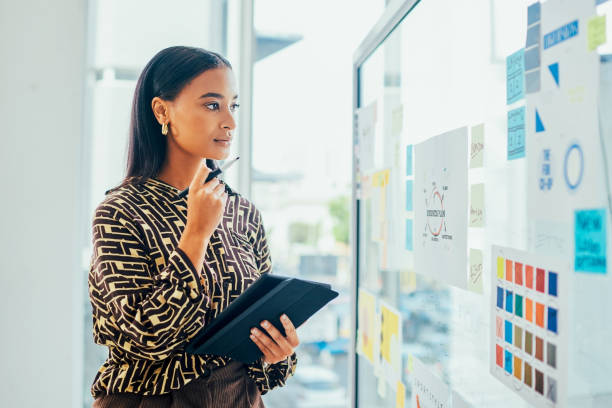 We often think of people in creative professions when we hear the word “creative.” The creatives. It’s important for advertisers to be creative in all aspects of ad creation, from targeting their audience to analyzing the results.

There are many different types of creativity that come together to create the most effective and popular campaigns. We will explore how important creativity is to effective advertising, and if there is any evidence to suggest it leads to increased revenue and ROI.

Do ads that are creative inspire people more to buy products than ads that catalogue benefits or attributes? In multiple laboratory experiments, it has been found that messages which are creative receive more attention and result in more positive attitudes towards the products being marketed. However, there is no concrete evidence which demonstrates how those messages actually influence purchase behavior. There isn’t much research that connects creative messaging with actual sales revenue. advertising has been largely ineffective because there has been no system in place to asses how effective ads are.

What is creative advertising?

There are many sources of information online that talk about how creative advertising can be valuable and profitable. While many people believe that ads should be creative, few of them can agree on what that actually means. Some people create effective advertising campaigns while many others do not. This is important because it shows that creativity is necessary to create successful ads, and that simply admiring one’s own campaigns is not enough.

Using creativity to stand out from the crowd

An ad’s primary purpose has always been, and continues to be, to grab a reader’s attention. We live in a time when we are constantly stimulated and engaged, always looking for the next instance of dopamine. The constant consumption of media has become a part of our lives because it is easily accessible and requires no effort. We mindlessly scroll through social media, listen to podcasts, and watch videos because they are available to us at any time and require no thought or effort.

There is more competition than ever for people’s attention, while there is also more opportunity to access people’s eyes. We actually pay for products today by accepting advertisements that are specifically tailored to us in return. Many of the biggest social media platforms in the world make money by displaying advertising to their users.

The ability to targeted ads to consumers based on their interests is both a strength and a weakness for advertisers. The benefits for businesses are that they can advertise to more people than ever before in history by placing their ads all over the internet. Although advertisers may not like it, we have gotten very good at ignoring ads that are noisy.

Respondents should score the ads on a scale of 1 to 7 by considering the questions below to assess the creativity of your ad campaign. What are some of the different ways that you could do this? Based on communications researcher Robert Smith’s construct for measuring advertising creativity, these questions are meant to be somewhat overlapping.

A campaign’s average score is based on the scores of each dimension. You can more accurately predict the effectiveness of your ads by comparing the scores of different campaigns and analyzing their budget and sales effectiveness.

An ad is original if it contains elements that are rare or surprising, or that are different from the usual and commonplace. The emphasis is on the originality of the thoughts or components in the advertisement. An advertisement can be different from what is normal or expected by using unique visual or verbal solutions. Many advertising campaigns are anything but original. The average detergent commercial portrays a housewife who is happy with her whiter than white laundry; colognes and perfumes show models who are too good looking to be real; and car ads show drivers zipping along scenic, traffic-free roads. The Coca-Cola commercial “Happiness Factory” does an excellent job of showing the inside of a vending machine in a surprising way.

An ad that is flexible can easily connect the product to a variety of different uses or ideas. For example, a commercial for the Kraft Foods coffee brand Jacobs Krönung, which aired in Germany in 2011 and 2012, showed a group of women enjoying a cup of coffee together while a man faced various domestic challenges (washing dishes, sewing a button on a jacket, dicing an onion, and making a bed).

Many ads contain details that are unexpected, or extend simple ideas so that they become more intricate and complicated. One good example is an ad for Ehrmann fruit yogurt—one of the leading brands in Germany—in which a woman eating yogurt licks her lips to reveal that her tongue looks just like a strawberry (Ehrmann made different versions of the spot for different flavors), considerably deepening the idea of fruitiness in yogurt. In a different ad, a man is lying in a bath of small metal balls that are bouncing off his skin. This is supposed to show how you feel a tingling sensation when you chew Wrigley’s 5 gum.

About connecting seemingly unrelated objects or ideas. For example, Wrigley aired a commercial that featured rabbits in a pen being fed bananas, berries, and melon, making their buckteeth grow in as Juicy Fruit Squish chewing gum. The commercial combines unrelated objects to create a story line that is different from the norm.

Ads that are very creative and artistic contain elements that are appealing to the senses of sight, hearing, or touch. They have high production quality, clever dialogue, an original color palette, or memorable music. Because of this, people often see advertising as a form of art, rather than as a method of selling something. The Fantasia yogurt commercial from Danone that aired at the end of 2009 was scored high in artistic value. It depicted a woman floating atop a flower petal above a sea of Fantasia yogurt. Layers of flowers, laden with fruits, surrounded her.

Companies that want to analyze the relationship between creativity and advertising effectiveness typically use sales response models that are based on regression analyses. However, such regressions are problematic because they assume that the input variables are independent of one another in their effect. The longer a creative advertisement is aired, the more impact it has on sales.

Hierarchical models allow for multiple regression models to be nested within each other. This solves the problem by nesting one regression model within another. The data collected in this way allows us to see not only the direct impact that creativity has on sales, but also the effect that a budget has on amplifying that impact. This allows for a more accurate overall estimate of the effect of creativity on sales.

How much creativity can you get away with?

There is more opportunity for creativity in some areas than others. Ads for highly-functional products need to focus more on the range of features and describe how the product can be used, rather than on emotions. If companies don’t make an effort to connect with their target audience, they could end up disappointing potential customers and not conveying how their product can improve people’s lives.

For more experiential products, advertisers have free reign. Coffee commercials, for example, have ranged from celebrities on terraces to wild, emotional journeys across the world—ending with the satisfying sensation of hot coffee.

The level of creativity that companies can use safely depends on the target audience.

Use of creativity differs by category.

There is a wide range of creativity levels across different product categories, with the lowest score being 2.62 for shampoo and the highest being 3.60 for cola. In categories where people tend to prefer higher levels of creativity, such as cola and coffee, advertisers focus on showing the actual use of the product in an idealized environment. One reason why TV advertising might still be effective is that it can provide factual proof points about a product’s performance features. When products serve a clear purpose and meet consumer goals (like cleaning clothes with detergent, or protecting skin with body lotion), people are less likely to want to use something different. An approach that is out-of-the-ordinary can be more effective in stimulating sales when products are easily understood, similar, and tied to personal preferences.

Some studies show that investing in additional creativity pays off depending on the category. One study examines how a small increase in creativity can have a significant impact sales in categories that are not usually associated with creativity. This study found that a one percent increase in creativity scores for shampoo and detergent ads increased sales by four percent. Although additional creativity may have harmed sales in the body lotion and face care categories, these categories tend to have low levels of creativity to begin with. There is a lot of variation in how creative different categories are. If companies invested more in creativity, it would have a nearly 8% impact on sales for shavers and coffee, and less than 1% impact on sales for colas and yogurts. It’s important to know how much creativity your product or service can tolerate before spending a lot of money on an advertising campaign that could change how people see your category.

If ads that are creative can inspire consumers to make a purchase, would ads that are even more creative lead to even more sales? Not necessarily. The results of the study of German ads show that adding creativity to a campaign can have a big impact.

It takes a lot of creativity to make ads that are effective, captivating, and likely to convert. There is more to successful advertising than just visual design and storytelling.

Creating consistent, creative ads requires a lot of work and challenging of the status quo, but the reward is worth it. These ads are more persuasive and effective than ads that lack creativity.

THE PROBLEM: YOUR BUSINESS ISN’T GROWING AS FAST AS IT SHOULD!

Your sales have stagnated or decreased, and you can’t figure out why. Discover what’s holding you back from achieving predictable sales growth in your business.

If you want to grow your business, you need a proven plan and framework. That’s what you get with the 2X Your Sales Discovery Session.

Want to learn about a formula for Predictable Growth that will put your business on a 90-day path to 2X Your Sales?